Please Note: The following tutorial is applicable for Windows 7, XP and Vista.

You can download it here, make sure you get version 1.9.3-p448:
http://rubyinstaller.org/download

During the installation make sure you add the Ruby executables to your path and associate .rb and .rbw files with your installation by checking the appropriate check boxes. 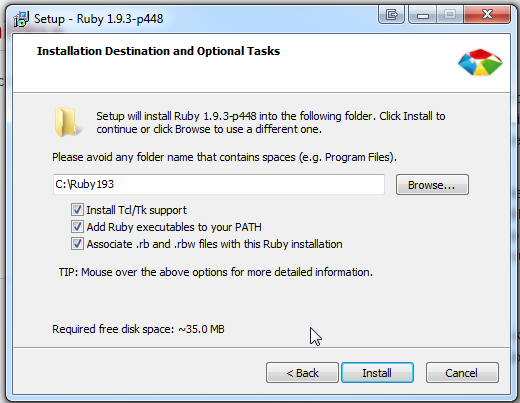 Once you've installed Ruby open up a cmd window and run the following command to ensure everything is up to date:
gem update --system

Once you've got that, extract it to c:\devkit

Then open a cmd window, goto the devkit directory and type the following commands: 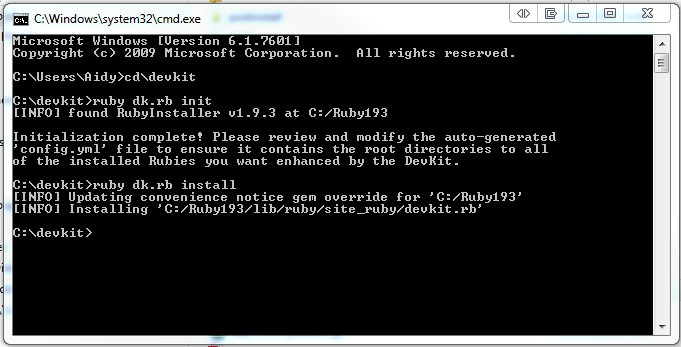 It's now time to install Watir. This is actually pretty easy all you have to do is open up a cmd window and run the following commands to install the necessary gems.

Now let's install a couple of additional web drivers for IE and Chrome. Firefox will work without an additional driver so you won't need to worry about that. Simply download them using the links below and then extract them to the bin folder located within your Ruby installation E.g. c:\ruby193\bin

Okay we're all installed now hopefully so let's run a quick test to see if it works and we can actually take control of some web browsers!

FireFox
Open a new cmd window and type the following:

Hopefully that should have opened a new instance of FireFox and then navigated to my band's website! Why not treat yourself to a CD or a T-Shirt while  you're there ;-)

Chrome
This is my favourite browser and has proved to be the most reliable to use when automating with Watir (in my own personal opinion). Anyway, once again open up a new cmd window and then type in the following:

That should have opened a new instance of Chrome and then navigated to another one of my sites featuring a Panda bear with jetpack.

NOTE. There appears to be an issue with the latest Chrome Driver, you may see an error message like this but as long as an instance of Chrome is opened then you should be fine:

IE
Lastly, let's give old IE a whirl, this used to be my default browser in the old days, can't say I'm much of a fan now but anyway open up a new cmd window and then type in the following:

That should have opened a new instance of IE and then navigated to yet another one of my sites, all the music on here is free to download by the way so fill your boots son! You've earned it after all that installation mayhem, chuck on a bit of 'Not Your Day' and relax with a beer.

When you're ready to carry on you'll probably want to grab yourself an IDE, I go through a few options here:
http://www.lazyautomation.co.uk/index.php/tutorials/3-ruby-ides